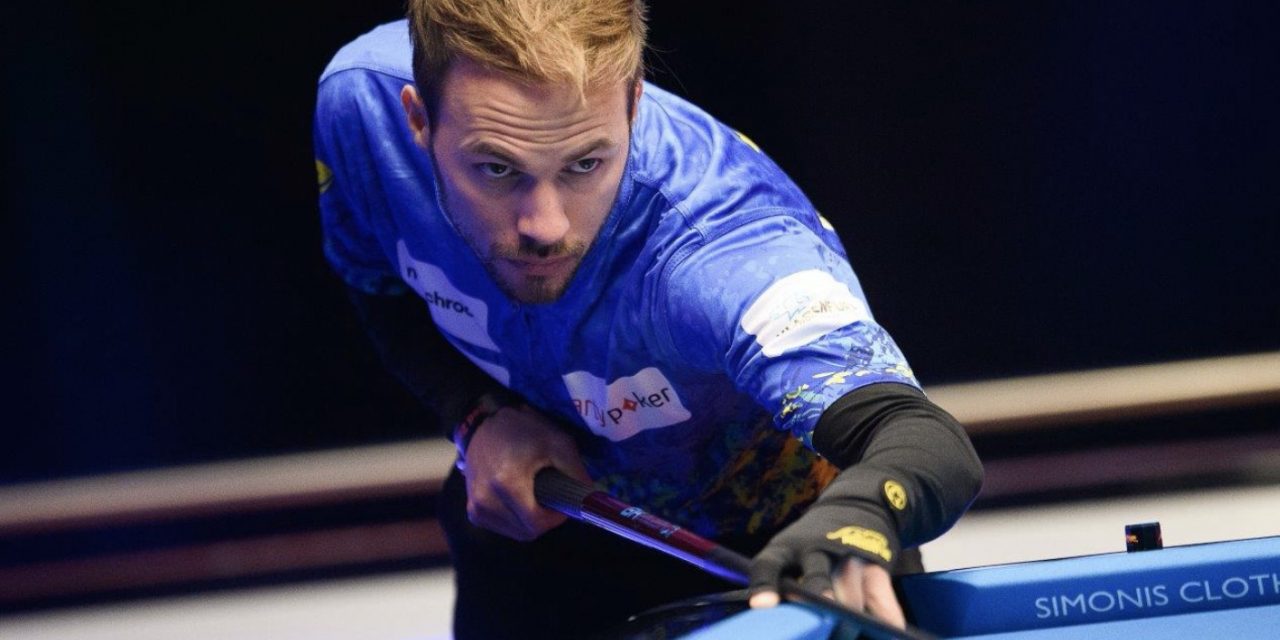 Europe lead the partypoker Mosconi Cup 3-2 after the opening day’s play at Ricoh Arena, Coventry, and the scoreline could have been worse for Team USA had Shane van Boening not won the last match of the night in the final rack against Albin Ouschan.

America made a perfect start when they won the opening match, which featured all five players from both teams. Europe were 3-0 up when momentum shifted after a shirt foul was called against Eklent Kaci. But Europe took the next three matches to lead the event, live on Sky Sports Mix and DAZN.

The fifth and final match of the session saw Ouschan take on Van Boening in a match which went hill-hill before the South Dakota Kid cleared the table to take the point after an Ouschan dry break.

“It was very cagey out there and we dodged a bullet, I think,” acknowledged European captain Alex Lely. “We were 3-0 up in the team match, lost that and then Fedor and Joshua were struggling. But they managed to win, and then Eklent Kaci managed to win because of Chris Robinson not getting there in the end.

“With all that having happened, Albin still put us in a winning position to go 4-1. That would have been great, but we are happy to win the session. There are many things to build upon but the most important thing for me to see with the guys is that they didn’t panic, they dug in and showed a lot of heart. Ouschan and Shaw were very good in doubles, they actually looked to be there.

“We are looking forward to tomorrow because now it has really begun. We have had a big wake-up call and we need to step it up.”

Team USA Captain Jeremy Jones said: “It could have been better by both sides as far as the playing part. Our guys, we lost focus a few times with a few unfortunate things but that’s 9-ball.

“I thought Chris looked great. He overran the ball there at the end and got out of line but that will come better with experience. We have to regroup on some things because it kind of got away from us a couple of times.

“It was a big match at the end. Shane got better as the match went on. He didn’t have much in the doubles with Corey, it was a funny match, and we showed a good comeback in the Team Match. Out there with the players, Shane is a leader. It was a huge match not to go down 4-1. We might expect him to be in the first match tomorrow so hopefully he can sleep on a great victory.”

Europe were cruising at 3-0 up in the opening Team Match, with Kaci looking likely to put his side four racks ahead. However, bridging over the 7 while playing the 6, the Albanian suffered a shirt foul. That allowed Billy Thorpe to steal. Corey Deuel took the next rack and having looked like Europe would take a 4-0, USA were back to just 3-2 down.

Filled missed the six in rack number six, and Woodward was able to draw USA level. Van Boening took the next rack for the reigning champions before the rookie, Robinson, sealed the point; USA had won five consecutive racks to take the team match 5-3.

Filler and Gorst responded in match two, a doubles clash against Van Boening and Deuel. At 4-2 up, rookie Gorst took on an up-table bank and the Russian rookie held his nerve to claim the point for Europe.

The tournament’s first singles match saw Kaci face Robinson. The American made some mistakes early on, allowing the Albanian to lead 2-1. However, the Californian put those out of his mind and made a cool clearance to level after Kaci had overcut the 2.

Robinson opened a 4-2 lead, but Kaci fought back to take the match hill-till, with a 2/9 carom to level. The American was breaking in the ninth frame though, and looked on course for a calm, controlled run out before over running position to leave himself a bank on the 8. He missed it, but had to bank again on the 9, and not only did he miss it but he left a simple shot for Kaci, who gave Europe a 2-1 lead.

“I didn’t think I was going to shoot again in the final rack,” said Kaci. “You have to wait for a chance and I am very happy to win the match.

“When I saw the 7-ball I thought it was done but he missed position. It was a tricky shot, I thought he would go for it, he banked it but left bad position for himself.”

Europe’s lead was extended to 3-1 after the next match, a doubles clash between Ouschan and Shaw for Europe and Woodward and Thorpe for USA. At 4-2 down, the US pair effectively handed the match to their opponents when Woodward played a push out they hadn’t called, resulting in ball in hand for Europe, who cleared to take the point.

The final match of the day saw Ouschan take on Van Boening in what was looking a crucial clash; the difference between an overnight European lead of 4-1 or 3-2. It went all the way to the ninth frame, the second hill-hill match of the evening.

The Austrian had the advantage of breaking, but he came up dry and Van Boening had a clear shot at the 1. The pressure of the partypoker Mosconi Cup was alive, as had been proven all evening, despite not having the usual boisterous crowd in attendance. However, the South Dakota Kid called upon all of his experience to hold his nerve and secure what could prove a crucial point for Team USA.

The partypoker Mosconi Cup continues on Wednesday at 6:30pm (UK time), with live coverage continuing on Sky Sports Mix in the UK, DAZN in territories including USA, Germany and Austria and Match TV in Russia. Full broadcast details can be found at www.matchroompool.com. 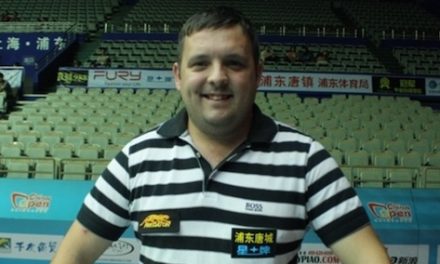 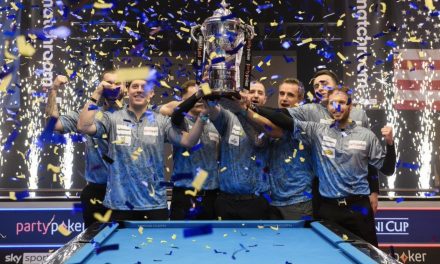 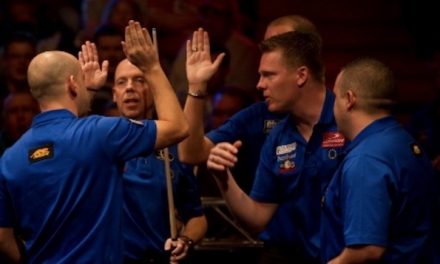 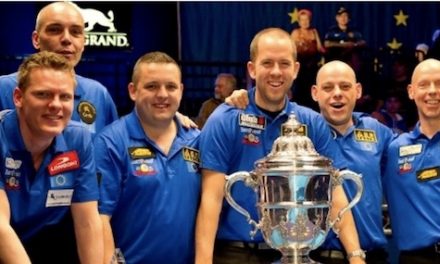