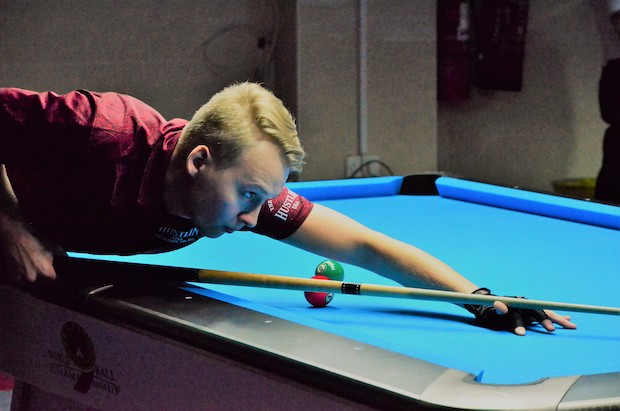 Finland’s Casper Matikainen takes down the defending champion in wild day in Doha as 32 players set for a sprint to the World 9-ball crown.

(Doha, Qatar)–Finland’s Casper Matikainen came into his round of 64 match at the World 9-ball Championship today versus the defending champion and world number 1 Joshua Filler feeling relaxed and ready for battle. He figured the German great would bring his usual fire, but he also knew that Filler might also take his eye off the proverbial ball. After all, the 23 year old Finn wasn’t exactly the most feared name in a field of absolute monsters.

So even when the self-described “King” of pool jumped out to a 4-1 lead, Matikainen never lost hope, as Filler had gotten a few lucky rolls and wasn’t playing all that great, while the Finn had a few rolls go against him.

The mental strategy soon started to bear fruit for the cool-headed blonde. Slowly, and increasingly surely, Matikainen crawled even, and then took the lead while at the same time Filler started to get sloppy, lose focus and even showed some signs of panic. From 4-1 down Matikainen calmly won 9 out of the next ten frames.  After a brief hiccup on the hill that allowed Filler to claim two quick racks, the steady Finn held his nerve and closed out the biggest shock of the tournament so far, an 11-7 upset of the defending champion.

Matikainen’s massive win was but one huge result on a dramatic day in Doha that saw some of pool’s biggest names dumped out, while others were taken to the absolute limits. With the field now down to the final 32, the next two days promises to be one of the most exciting and fascinating Battle Royale’s of 9-ball we’ve seen in years.

America’s Shane Van Boening had come to Doha a heavy favorite this year and for good reason. His last three starts here ended with two runner ups and a spot in the semis last year. But several early mistakes against Taiwan’s Liu Ri Teng was all it took for the Taiwanese to grab a commanding lead at 10-4. The American mounted a valiant fight back, but the alternate break format meant the hole was too deep. Liu sent Van Boening packing in the round of 64 with a humbling 11-8 defeat.

After his runner up finish at the US Open in Las Vegas last April, former champion Wu Jiaqing figured to go far here in Doha. But Wu came up against fellow compatriot Xu Xiaocong, who is one of a slew of quality young talents coming out of China. Xu has impressed all week here and  against Wu he turned his game up several notches, crushing the former Boy Wonder 11-5.

The Taiwanese are almost sure to have one, possibly two players in the semis after tomorrow as Team Taipei looked absolutely marvelous today. It isn’t easy picking a favorite out of these world beaters but World 10-ball Champion Ko Ping Chung would probably be at the top of most punters betting sheets.  The slightly built and painfully shy 22 year old is clearly at the top of his game but he even he barely escaped in a harrowing match against Hungary’s talented Oliver Szolnoki. 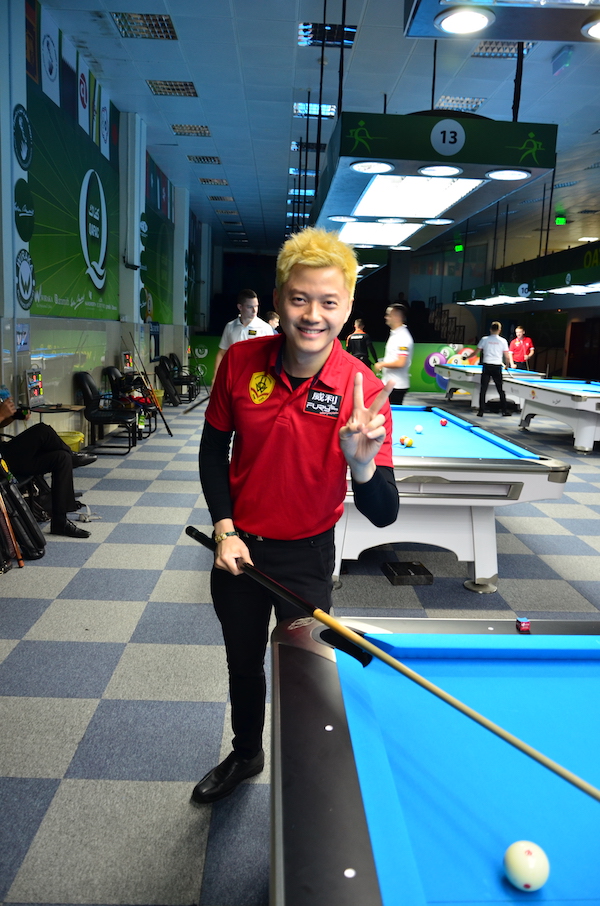 Szolnoki, another bright European prospect, played the match of his young career and had “Little” Ko on the ropes, shooting out to a 7-3, then 8-5 lead. The fresh-faced Hungarian reached the hill first, but Ko then displayed the courage and guts that only champions can pull off.  In a nervy and tense sudden death rack, the Taiwanese made a series of surreal pressure shots to eek out the victory.

2016 World 9-ball champion Albin Ouschan of Austria looks to be in very fine form this year, as he easily defeated Taiwan’s Lin Ta Li 11-5.  Fellow Austrian Max Lechner continued his rise this year with an 11-4 win over Lithuania’s Pijus Labutis. 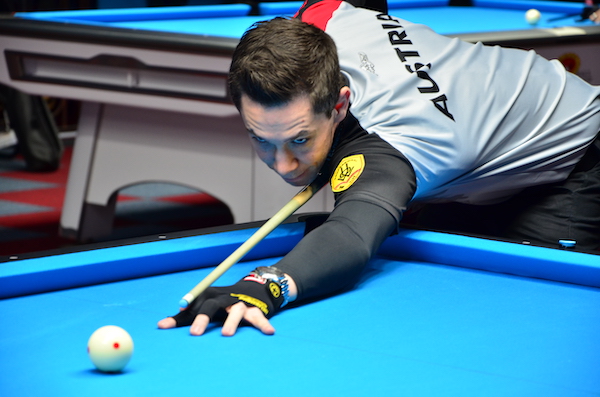 2012 World 9-ball Champion Darren Appleton has been quietly playing himself back into game shape over the last few months and his solid victory today over Albanian star and European Mosconi team member Eklent Kaci could be a portent for the rest of the field. The Englishman battled back from a 4-0 deficit, and then turned the screws on the Albanian for a quality 11-6 win. In his remarkable heyday from 2008 to 2015, Appleton famously grinded out championships by the truckload and that bulldog mentality definitely was on display this afternoon.

The Philippines had only three players in the final 64 but all three made it through today. 2017 World 9-ball champion Carlo Biado got taken to the limit by Qatari veteran Bashar Hussein, before breaking and running the last rack for an 11-10 win. Also winning today for the Team Pinoy were Johann Chua and Jeffrey Ignacio.

The Polish contingent has been getting stronger by the year and they showed their quality today with three of their stars pushing through to the final 32. Mieszko Fortunski, Wojciech Szewczyk, and Mateusz Sniegocki all won handily.

The penultimate day of the World 9-ball championship will be extremely busy as the field will be whittled down to the final four at the end of the days’ action.

Play on day 3, Monday, Dec. 16th will begin at 10am Doha time(GMT +3). All matches will be single elimination knockout race to 11, alternate break.

Fans around the world will be able to view live scoring, results, brackets and live streaming of many of the matches via the QBSF’s free live streaming platform at esnooker.pl.  Multiple tables will be available to view online at no charge to the public.

One loss side group matches
Winner moves on to final 64 KO stage. Loser is out 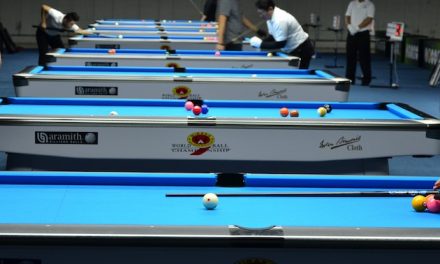 Pool’s Best Push Through To The Final 64 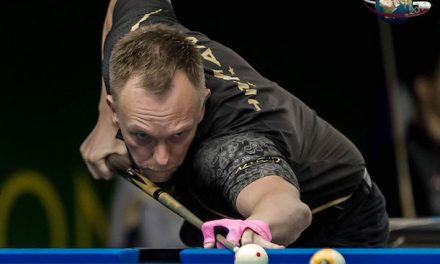 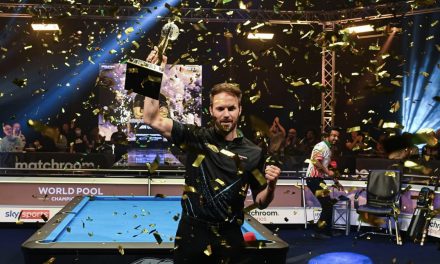 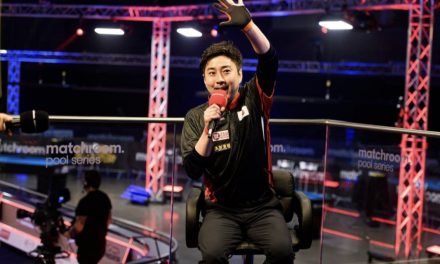