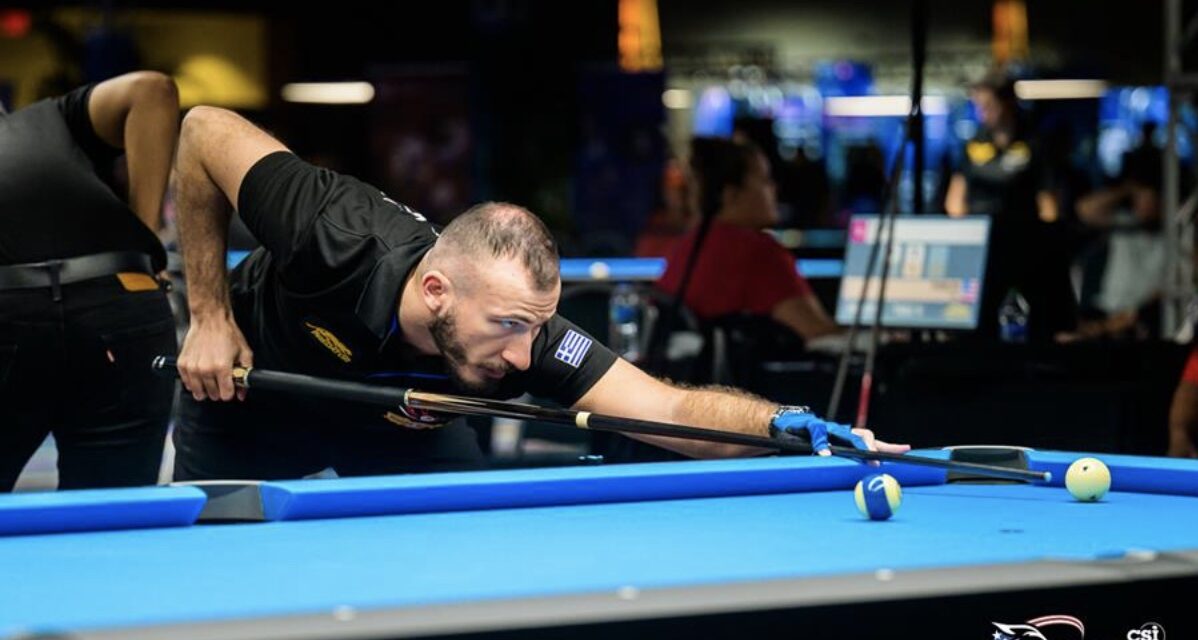 Alex Kazakis, Ko Ping Han and Chang Yu-Lung were among the big names knocked out of the Medalla Light Puerto Rico Open on the second day of play at the Puerto Rico Convention Center, San Juan, while the likes of Kelly Fisher, Margaret Fefilova and Chia Hua Chen are already into the last 16 of the Women’s event.

A goliath match up between Ko Pin-Yi and Alex Kazakis would usually be reserved for the closing stages of any tournament, but here it was a match in the second round on the losers’ side of the draw. Ko had been beaten by Denis Grabe on the opening day but a 4-1, 4-0 win over another Estonian, Gert Gnadeberg, got the two-time World Champion up and running.

A shootout defeat to Jonas Souto Comino in the first winners’ round earlier in the day had sent Kazakis to the one-loss side and, like Ko, he now needed three wins to qualify for the straight-knockout last 32.

Ko looked certain to take the first set 4-1 but missed a straight 3 by going rail first in attempt to gain position on the 4. However, another chance presented itself and was taken in the sixth rack as Ko took the set 4-2.

The first two racks of set two were shared and it was Kazakis who had a clear opening in the third, only to miss the 1 to the side when a simple 2/10 was waiting. Ko took the gift but Kazakis was level again at 2-2 one rack later. The Greek was then able to lead for the first time when Ko missed the 9, but the Taiwanese leveled at 3-3 to move a rack away from victory.

Kazakis needed to hope for a chance as Ko broke on the hill, and he got one immediately as Ko struggled to find power with his break, leaving Kazakis a layout from which he took a clear path to the shootout.

In the tie break, neither player so much as clipped a jaw in their four regulation innings, forcing sudden death where it was Kazakis who blinked first. Ko had already taken a 5-4 shootout lead when the Greek missed his fifth shot to be eliminated from the tournament. Ko’s next opponent will be Tyler Styer.

However, Ko’s brother Ping Han is out of the event after suffering a shootout defeat to Puerto Rico’s Miguel Batista. The home player took the first set 4-3 before Ko fired back, only to lose 3-2 in the shootout. Another local favorite, USA’s Puerto Rico-born Tony Robles, awaits Batista in the next round.

The other four players to reach the last 16 undefeated are all from Asia, with Filipino speed-shooter Chezka Centeno and Chinese Taipei’s Wang Wan-Ling and Tzu-Chien Wei joining compatriot Chen in the last 16 draw.

The Open event moves to single elimination with 32 players remaining. Winners’ qualification matches commence at 10am local time with Fedor Gorst, Carlo Biado and Francisco Sanchez-Ruiz among those with two chances to qualify. Wiktor Zielinski, Roberto Gomez and Yukio Akagariyama are some of the experienced players who will have to win two matches on the losers’ side of the draw if they are to make it.

The Medalla Light Puerto Rico Open continues from 10am AST on Thursday with six more matches streamed from Table 1 on Billiard TV,  the World Billiard TV YouTube channel and at Kozoom.com. Table 2 has full coverage and commentary on the Predator Pro Billiard Series Facebook Page. All tables can be watch live for FREE at Kozoom.com 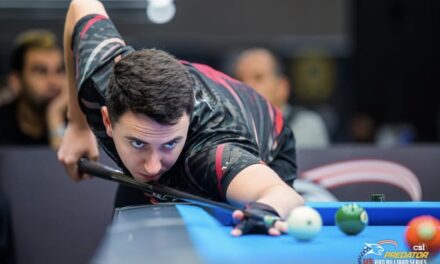 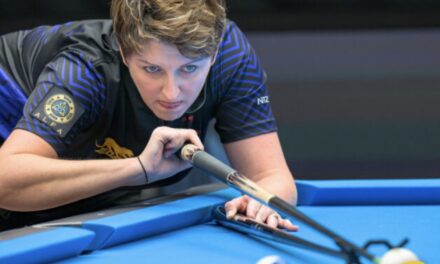 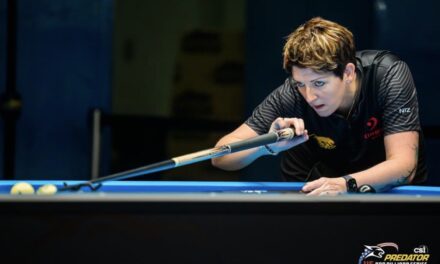 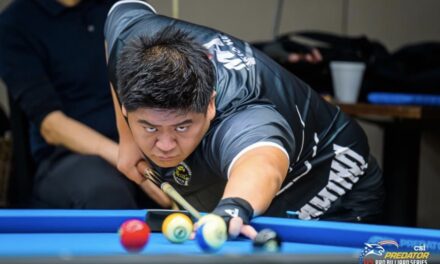