Catch Me If You Can! 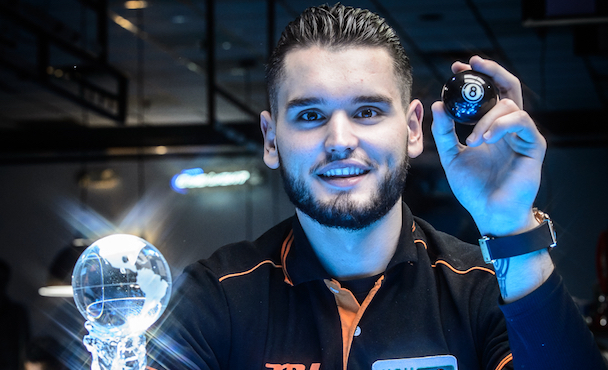 (New York City)– Playing with an almost surreal poise and ability well beyond his years, 18 year old Klenti Kaci captured the Predador Grand Finale at the World Pool Series on Friday in New York, with a hard fought 13-11 victory over a very game Petri Makkonen.

The win by the Albanian teenager cemented his status as not only the poster boy for the future of professional pool, but as a current bona fide superstar among the elite of the sport. This was Kaci’s second win in the four event World Pool Series this year, an incredibly remarkable feat considering the sheer strength of the 69 player field that had started play on Tuesday at Steinway Billiards in Queens. One only has to pair this win with his runner up finish to Jayson Shaw in the US Open just last week in Virginia to realize that pool fans are witnessing something very special.  Not since Wu Chia Ching won the World 9-ball and World 8-ball crowns at the age of 16 back in 2004 has the sport had a true prodigy in their midst.

Throughout the four day event, Kaci displayed all the tools that are normally reserved for the greats of the game with years of battle hardened experience under their belt. He pots balls as good as anyone, his stroke is smooth and steady, he seems to eat pressure for lunch, and he has that most important intangible that few players ever master: he has a nose for the finish line and the winner’s circle.

All of these traits were on full display once again in Friday’s semi-final and final. In the semi-final Kaci squared off against talented Taiwanese Wu Kun Lin. The 23 year old Wu had been showcasing his formidable skills throughout the week in New York and this matchup with the Albanian promised a terrific showdown of pool’s young guns. Wu’s silky smooth stroke and low key demeanor would keep the match close throughout. But Kaci limited his errors and took control when the opportunities arose. The match was close throughout but Kaci was always one or two steps ahead and grabbed a finals spot, 11-8.

The next semi-final saw Finland’s Makkonen take on Filipino veteran Dennis Orcollo. Makkonen is best known to pool fans around the world as the side kick of compatriot Mika Immonen in the doubles event, the World Cup of Pool, which Finland won in 2013.  Makkonen has always played well and shown tremendous talent and bottle in those events, and has even won a Euro Tour singles event. But it can surely be said that it was this week in New York that the 29 year old Finn finally stepped out of the shadows of the Hall of Famer Immonen and staked out his own place in the limelight. Although he fell just short, Finland’s Petri Makkonen put in the finest performance of his career at the Predator Grand Finale

Makkonen and Orcollo stayed close early, but the Finn possessed way more tools in his arsenal and took down the Filipino 11-8.

In the race to 13 final, it quickly became apparent that fans inside Steinway and the over half a million people who tuned in on social media giant Unilad on Facebook were in for an 8-ball treat played at the highest levels of the sport. The brutally tough Rasson table with 4” corner pockets certainly took its toll on both players, but it also brought out the best of these two talented young guns.

Kaci quickly got out to a 2-0 but Makkonen tied it up just as fast. From there the pair jousted in a marvelous tussle, with neither giving an inch. In the early part of the match Makkonen had several chances to go up by  three and four racks, but several misses thwarted his advance. Kaci was potting with characteristic skill and looked impervious to the pressure, but he simply couldn’t make a ball on the break.

The duo were tied at 4, 5, and six, before the Albanian opened up a two rack lead at 8-6. The Finn caught him at 8 and took his first lead of the match at 9-8. Kaci then won three in a row and looked to have the match in control up 11-9. The Albanian then seemed to wilt while Makkonen caught a second wind and tied the match at 11. Having broken well all match, the Finn looked to have gained an advantage and was eyeing victory. But then Makkonen suddenly broke dry, and Kaci did what all the greats do in crunch time. He stepped up and closed the deal.

After Makkonen’s dry break, Kaci, with the pressure mounting, stood and calmly ran the table. Up 12-11 and one away from victory, the Albanian executed his best break of the match, downing a ball for the first time since rack two. Impervious to the gravity of the situation, Kaci ran the table for another incredible win. The moment of victory for Klenti Kaci

As he drank in the accolades of the awe struck crowd that had packed Steinway, the 18 year old revealed some of the secrets to his amazing success at such a young age. This is a young man that has obviously put in the time to be successful, that loves pressure and has prepared to play and win on the biggest stages possible. With the win, he has incredibly finished atop the World Series of Pool in its very first year.

“When I won my first World Pool Series in the second event back in April,  and then I came in third in the next event here, I now feel like I’m the favorite and that I’m going to go all the way,” Kaci said. “I haven’t really played much 8-ball, but I’m really comfortable playing this game because it’s very tactical and I like that kind of game. When a game is tactical, there’s less luck and it comes down to who is smarter.  That’s my kind of game.

“It’s not easy to win a tournament like this at 18 years old. But I know what I have done to be able to reach this point. I have practiced a lot. I have spent a lot of hours over the last few years in pool halls. Not like a lot of young guys who go drink and party and have fun. I have been thinking about this day for a few years. I’m feeling very comfortable when I come to the table. I feel that no matter who I play, that I’m the favorite to win.

Having come so close, Makkonen was visibly upset in the  immediate aftermath of a final he had in his grasp. But a few moments later he realized that he had taken his game to a new level in New York this week.

“I didn’t expect to be in the final of an event like this with so many tough players,” Makkonen said. But once I was in the final I wanted the title so bad. I played the best pool of my career in this tournament so I’m quite happy. I started off the final pretty good but in the middle of the match I got a little tired and I lost my focus and got a little frustrated. The table was brutally tough and I felt like I had lost my focus a bit. The table was so tight that you can’t expect anything. You have to really concentrate on every single shot. But I was able to come back in the match and I thought I was going to win it.

“When the score was 11-11, with the way I was breaking I thought I was going to run out the set but I broke dry and he ran the rack, the he broke and ran the next rack for the win so that’s tough. But fair play to him, he played great and he deserved it. He’s a great player, he has everything in order. He makes balls, has the break, he has the overall game and all at such a young age. He played better than me in the final.

“I have been knocking on the door for a few years now but now recently I noticed that I have a real chance so I just have to take my game to the next level.”

The World Pool Series is on Facebook at: https://www.facebook.com/worldpoolseries/ 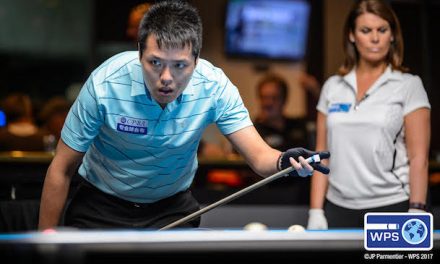 Only The Strong Will Survive… 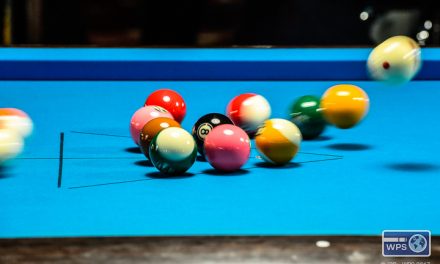 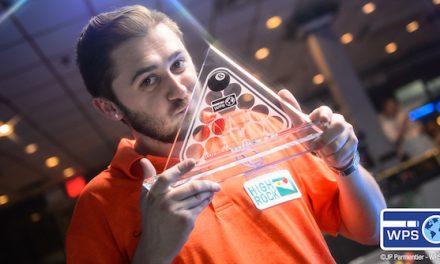 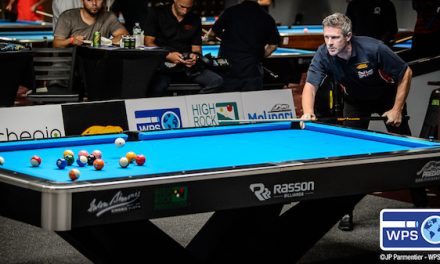