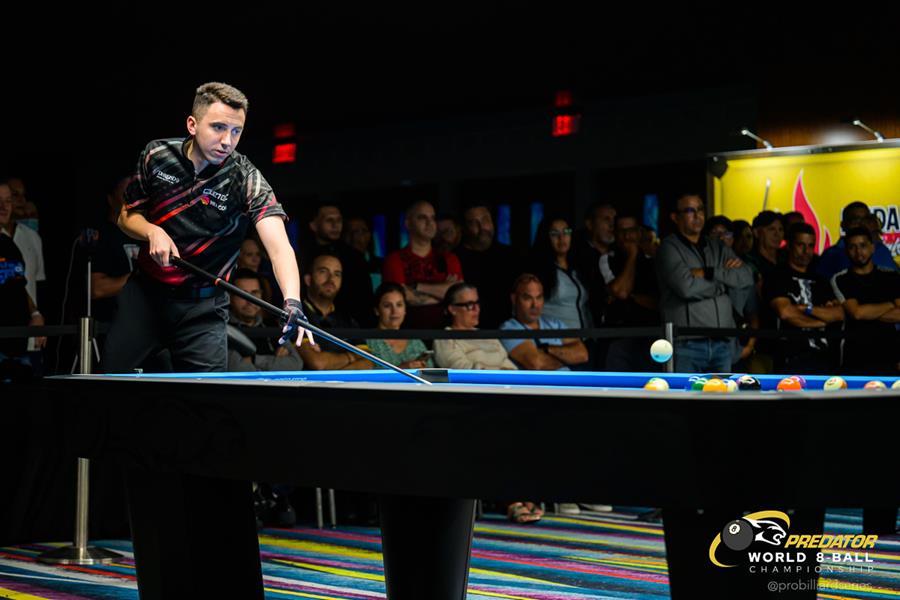 World No.1 Francisco Sanchez-Ruiz and current World Champions Shane van Boening and Wojciech Szewczyk are all one win away from the last 32 single-elimination stage of the Predator World 8-Ball Championship at Puerto Rico Convention Center, San Juan.

Chang Jung-Lin, who is defending the title he won ten years ago, also remains on the winners’ side of the draw. The $250,000 event will award $60,000 to the new World Champion at the end of the event, which is part of the first annual Caribbean CueSports International Expo.

The World Juniors 9-Ball Championships will crown new World Champions in its Girls, Under-17s and Under-19s divisions on Monday, with all three finals to be broadcast live on the World Billiard TV YouTube Channel, Billiard TV, Zhibo.tv in China and on Liberty TV in Puerto Rico on Monday.

In the World 8-Ball Championship, Fedor Gorst will take on John Morra for a place in the last 32, with winners’ qualification matches set for 12 noon local time on Monday.

Gorst won 8-4 over Aloysius Yapp to move within one win of a place in the last 32. The pair split the first six racks before a break and run took Yapp ahead for the first time in the match at 4-3. However, he was forced to play safe in the next rack and Gorst was able to take out a 12/11 combo which opened the rack for the former World 9-Ball Champion.

A break and run saw Gorst restore his lead, and that advantage was extended to 6-4 with another runout. The hill was reached when Yapp, with few other options, scratched while attempting to masse on the 3. That meant Gorst was breaking for the match. The 12 went down on the break and he took care of the problem 9-ball early in his clearance, but he missed the 10 long. Yapp, though, then missed the 7 and the match belonged to Gorst.

Elsewhere, World 9-Ball Champion Van Boening earned progression to the winners’ qualification with an 8-3 win over Costa Rica’s Johnny Salas and will now face Wu Kun Lin for a place in the last 32. World 10-Ball Champion Wojciech Szewczyk defeated Hayato Hijikata 8-2 and faces Carlo Biado next, while WPA World No.1 Francisco-Sanchez Ruiz remained unbeaten with an 8-2 success over Max Lechner. Radoslaw Babica awaits the Spaniard on the winners’ side of the draw.

Puerto Rico’s Alan Rolon saw his World 8-Ball run come to an end at the hands of Wiktor Zielinski, despite having a vocal home crowd behind him. Alejandro Rodriguez is the last Puerto Rican standing and faces New Zealander Sullivan Clark tomorrow after banking the 8 for a hill-hill win over Florijan Maric which brought an eruption of joy from the large crowd which had gathered around his table late on Sunday evening.

All three divisions of the Predator World Juniors 9-Ball Championships are down to the semi-finals. In the girls division, Bethany Tate was delighted with her dramatic 9-8 win over Poland’s Dominica Pawelczyk.

“I feel on top of the world right now, especially with that out,” said Tate. “I went wrong on the 7-ball but I came back, it was crazy. I feel so jittery, it is hard to keep the emotions down. There is a lot of pressure when my family is watching me but knowing that they are there pushes me to do better.”

Tate will face Xin Yu Hong of Chinese Taipei for a place in the final, while Lina Primus will take on South Korea’s Kim Hyerim.

“I can’t wait to play the semi-finals,” said Primus, who won last year’s Girls title on home soil in Austria. “I am trying to give my best and of course I want to win it. I am relieved because there is a bit of pressure when you have to defend the title but tomorrow I will do what I do for every match and what I know is good for me and I hope that will work out. I can’t wait for tomorrow.”

In the Under-19s division, Joey Tate was eliminated by Germany’s Yuma Dorner, who will face Yi Hsuan Sun of Chinese Taipei in the last four after the Asian junior defeated Dutchman Yannick Pongers 11-10.

The other semi-final will be contested between Germany’s Dennis Laszkowski and Szymon Kural. Laszkowski defeated Filipino Keane Derek Rota 11-3, while Kural was an 11-4 winner over Saudi Arabian Khalid Alghamdi. 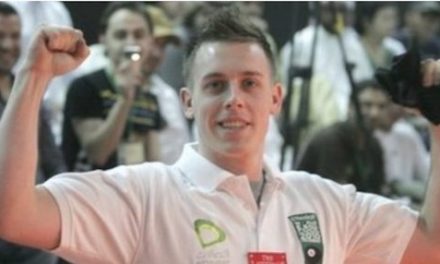 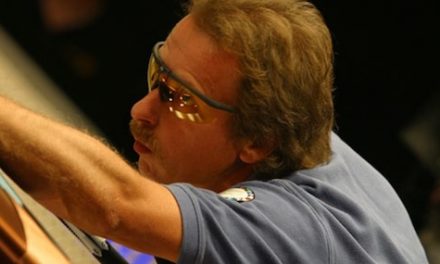 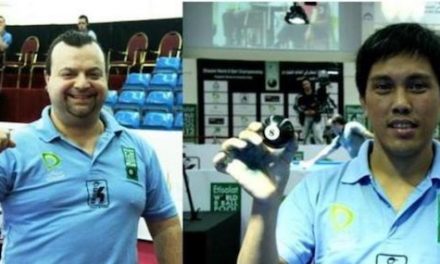 IT FEELS GOOD TO BE THROUGH!