Final 16 Set In Vegas For The WPA Players Championship 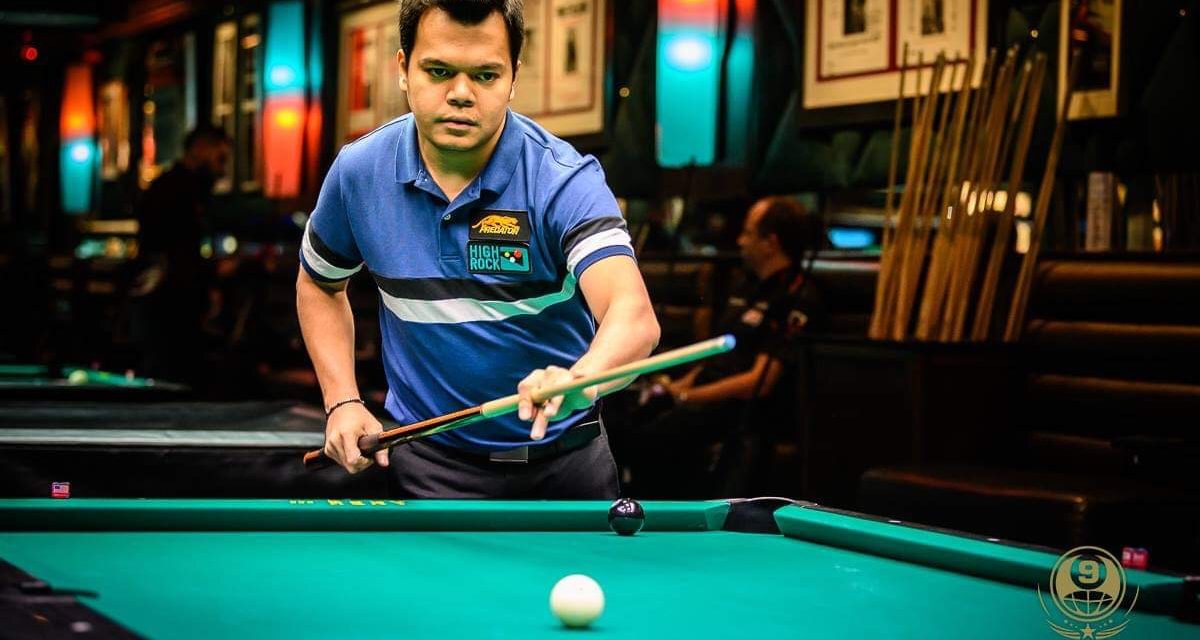 (Las Vegas)–The Philippines Johann Chua pretty much knew his run in the WPA Players Championship was over. Playing in a round of 32 match against Hall of Famer Mika Immonenand down 6-2 in a race to 7 alternate break match, there was little chance for the talented Filipino to come back.

But the pool gods started to conspire against the great Finn, and Chua slowly clawed his way into contention. As that happened, Immonen clearly began to lose his composure, which only imbued the Filipino with confidence.  Chua tied the match at 6, sending proceedings into overtime, where he won the next two to advance 8-6.

“I saw him getting frustrated when I started to come back and that gave me a lot of confidence,” a relieved Chua said afterward. “Once he started to miss and give up the table, I knew I was back in the match. I’m very happy to advance.”

As the 16 pool stars moved on at Griffs Billiards in Vegas, and 16 others got the boot, the WPA Players Championship moved to the business end for the final two days. The round of 16 and quarterfinals will be held on Thursday, with the semis and finals being contested on Friday.

The Philippine contingent continued to impress in the $65,000 event.  2017 WPA World 9-ball champion Carlo Biado dueled with the USA’s Skylar Woodward, with the pair of stars splitting the first 10 racks. Biado then took advantage of a lucky safe and advanced with a 7-5 win.

“I got lucky,” Biado said, echoing the favorite line of the always humble Filipino greats. But as he well knew in this case, he wasn’t just being polite.

The USA’s Shaun Wilkie continued to impress with his second straight convincing victory today. Wilkie took down Japan’s Toru Kuribayashi 7-5 to grab a spot in the final 16. The only other American to take his place in the final 16 was Shane Van Boening, after a 7-5 win over Poland’s Wojciech Szewczyk.

The Taiwanese contingent equaled that of their neighbors in east Asia as four Taiwan players advanced to the final 16. Kevin Cheng, Ko Ping Chung, Chang Yu Lung and veteran Yang Ching Shun all won their round of 32 matches.

The format will be single elimination race to 7 (win by 2), with the semi-final and final being a race to 9 (win by 2).

The online tournament brackets can be found at www.CTSonDemand.com.

The World Pool-Billiard Association (WPA) is the international governing body for pocket billiards and is comprised of six member federations representing North America, South America, Europe, Asia, Africa and Australia. The WPA is the world-recognized body for sanctioning World Championship events. It is also one of the three member organizations of the World Confederation of Billiards Sports (WCBS), representing the billiard disciplines of pool, snooker and carom. For more information about the WPA, visit www.wpapool.com.

CueSports International (CSI) is an international pool league and event leader and is currently comprised of three divisions: CSI leagues, CSI events and CSI media. CSI leagues manages the BCA Pool Leagueand USA Pool League, CSI events produces numerous amateur and professional events around the globe and CSI media creates live streaming and digital content. Through its vision and strategic alliances, CSI is “shaping the future of pool.” For more information about CSI or any of its divisions, visit www.playcsipool.com or find CueSports International on Facebook, YouTube, Instagram and Twitter.

The WPA Players Championship is made possible by the following sponsors: 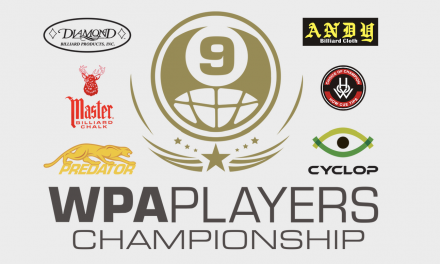 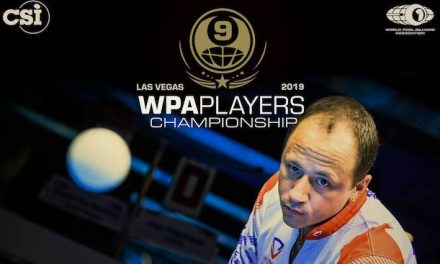 32 Advance, 32 Out As Day 1 Of The WPA Players Championship Is Complete 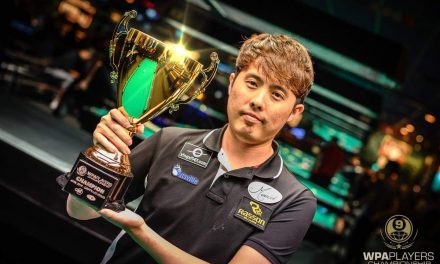 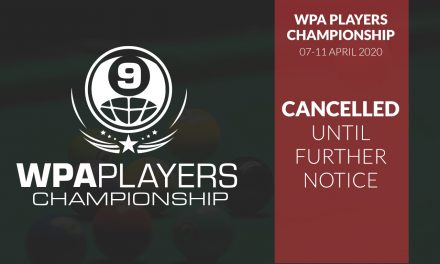