(General Santos City, Philippines)–With the professional game all but dead in his homeland, boxing legend Manny Pacquiao started putting his ample cash into promoting pool tournaments in 2014, with the expressed aim of helping Filipino pool players get some cracks at glory, and of course, more chances to earn a living at home. In just a few months, “Pacman”, a solid pool player in his own right, has already shelled out hundreds of thousands of dollars in several singles and doubles events held in his home town of General Santos City in the southern Philippines.

But now, just as Pacquiao seems set to announce the biggest payday of his illustrious boxing career in a mega fight with Floyd Mayweather, he has upped the ante in pool yet again,  personally bankrolling the return of the WPA World 10-ball Championship that gets underway beginning on Tuesday here in the city known as “the tuna capital of the Philippines.”  And while the legions of great Filipino players already held Pacquiao in the highest regard, they will surely now consider him a pool deity.

That’s because Filipinos will make up a whopping 43 players out of the 128 player field when the 2015 World 10-ball Championship kicks off at the SM City mall in General Santos.  With $200,000 on the line, the odds that most of that cash stays right here in the Philippines come Saturday night are clearly very strong indeed. As the field gathered for the pre-tournament players meeting, another Filipino sporting legend seemed to speak for his fellow Pinoy players.

“I’m not surprised he’s doing this because congressman Manny Pacquiao loves playing pool,” said former World 9-ball champion and Hall of Famer Francisco “Django” Bustamante. “That’s why he puts tournaments on in his town so he can get all the players in the Philippines and from around the world here. And he’s making all the Filipino players happy and all the players appreciate what he’s doing because they can earn money and it doesn’t cost anything for us because we are already in the Philippines.  For how many years pool is dead in the Philippines. It’s not like 10 years ago, every month we have a tournament. That’s why we are so happy that Manny puts on all these tournaments in Gen San.”

Among the Filipino greats expected to challenge for the crown will be Bustamante himself, along with Dennis Orcollo, Lee Van Corteza, Carlo Biado, Warren Kiamco, Antonio Gabica, Ronnie Alcao and literally a host of other strong players who have the ability to create some carnage in the field. (Legend Efren “Bata” Reyes was scheduled to play but had to suddenly drop out due to a death in his family.)

But the proud Pinoys will surely be tested every step of the way by a powerhouse field of the world’s best players from nearly two dozen countries who have come to “Gen San” looking for pool immortality. Among them is England’s Darren Appleton, who won the very first World 10-ball ever played back in 2008 in Manila. The hard core Appleton has literally been on fire over the last year and recently saw massive success, capturing the WPA Chinese World 8-ball Championship and pocketing $100,000. Appleton has a special affinity for this event and its return after a four year absence has him salivating at the prospects of a repeat.

“It’s very nice that it’s come back,” said Appleton.  “Of course for me winning the first World 10-ball, it was like a dream. It sort of set my career on its path and obviously I’ve gone on to have a really good career since then. So it’s nice to come back to the Philippines to play in the World 10-ball where this event was born. To win the first one was amazing. It would be nice to win it again.”

Finland’s Mika Immonen is another former winner of this event, having won the World 10-ball championship in 2009 in Manila. The “Iceman” has  enjoyed  much success in the Philippines and has high expectations this week.

“I think it’s awesome that it’s back here in the Philippines,” Immonen said.  “People are very passionate about the game here and we are fortunate that Manny “Pacman” Pacquaio is generous enough to sponsor it.

“Winning the World 10-ball in Manila 2009 is obviously one of my career highlights. I like playing here. It brings out the best in me because I know it will be a challenge.  I have been working on my game and overall fitness a lot lately. The break is of course a huge factor. It doesn’t matter how well you play if you aren’t breaking well. So that has been the key in training. The rest is just positive attitude and stamina.”

Europe looks to be well represented with the likes Mosconi Cup team members Nick Ekonomopolous of Greece and Karl Boyes of England. Austria’s Albin Ouschan has been playing great pool over the last few months.  Germany’s two time world champion Thorsten Hohmann has won several times in the Philippines, and his Hall of Fame compatriot Ralf Souquet is always dangerous.

**The 2015 MP Cup World 10-ball Championship takes place at the SM Mall in General Santos City, Philippines   from February 15-21 and is sanctioned by the World Pool & Billiard Association(WPA), the world governing body of pool.

The WPA will be on hand in General Santos throughout this year’s World 10-ball Championship providing up to the minute information, live scoring, photographs and in depth articles with insights and analysis from WPA Press Officer Ted Lerner. 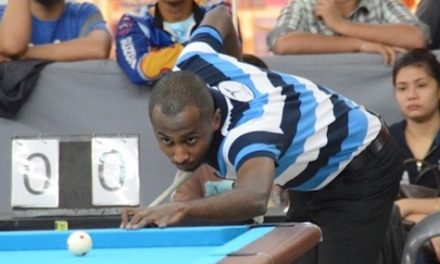 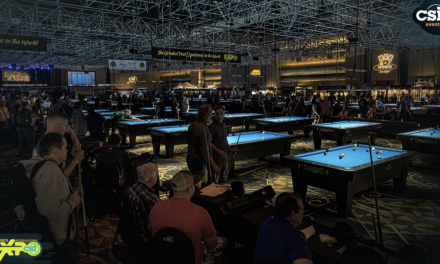 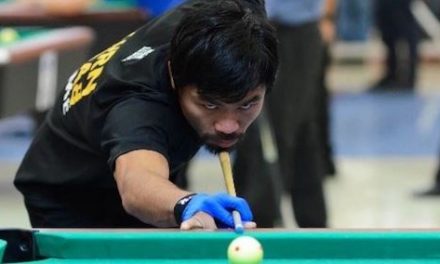 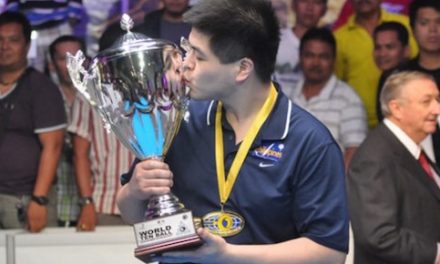