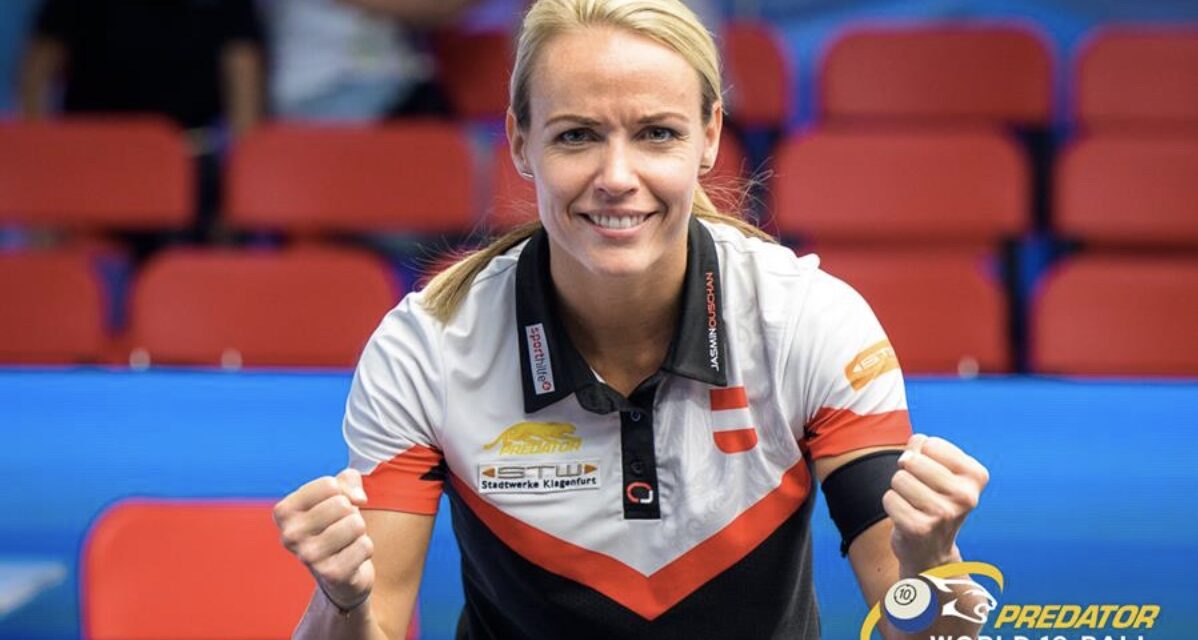 Jasmin Ouschan, organizing two WPA World Championship events in her hometown, reverted to her familiar playing role and won through the first round of the Predator World Women’s 10-Ball Championship with a confident 7-2 win over Kristina Grim at Sportpark Klagenfurt on Tuesday.

Three-time Pro Billiard Series champion Kelly Fisher was a 7-1 winner against Seo Seoa, while the current Women’s 10-Ball Championship – who won her title when the event was last staged in 2013 – also got off to a winning start, registering a 7-0 victory against Yi Yun Su.

Ouschan has been heavily involved in the organization of these events but more recently has switched her focus to preparations for competing, and she had plenty of support as she got her tournament underway against Grim.

Ouschan took the first rack after Grim gave herself a tough cut on the 10, which she hit too thin. The match was levelled when a dry break and subsequent foul from Ouschan allowed Grim back in with ball in hand. The Slovakian, who has previously represented Germany, couldn’t capitalize on her own break, however, and hit a tough 9 too full and Ouschan’s lead was restored at 2-1. The following two racks also went against the breaker, but Ouschan made it 4-2 from her own break.

That lead was extended further after Grim left an opening from a 1-ball safety. Ouschan completed another run out on her own break to reach the hill 6-2 up, and her progression to the next round was confirmed the next rack when the hometown hero cleared after Grim missed a long 1 under shot-clock pressure.

“The first match is always a big question mark, how it will feel,” said Ouschan. “But it went well and I’m totally happy with the set up in general, the whole team did great and of course I am proud to have such an event in my hometown.”

The World Women’s 10-Ball Championship was last held in 2013, when the Philipinnes’ Rubilen Amit won the title for a second time, beating Kelly Fisher in the final to add to her 2009 success. Amit has had a long time to wait to defend her title but made a perfect start with a 7-0 win over Yi Yun Su of Chinese Taipei.

Elsewhere, three-time Pro Billiard Series champion Kelly Fisher eased into the winners’ side of the brackets with a 7-1 win over Korea’s Seo Seoa, and there was a win for Austria’s 17-year-old rising star Lena Primus, who defeated Laura Saarinen 7-6.

Before the start of the World Teams Championship, players and officials paid tribute to Molrudee Kasemchaiyanan, who sadly died on Tuesday. Kasemchaiyanan fell ill after representing New Zealand at The World Games in July and was remembered by her billiard family with a minute of silence in Klagenfurt. Kelly Fisher paid tribute, saying: “She was a sweetheart who did a lot for the billiard world and was very passionate about the game, and was part of our billiard family. She is going to be missed very much.”

Matches in the World Teams Championship are a best of five sets and teams are made up one two male and one female player. The first set is between the two female players, before teams nominate a player for mens singles. All four players must have played by the third set, which is mixed doubles. Players can then nominate a singles player of their choice for the fourth set, and if scores are tied at 2-2 then all team members participate in a best-of-four shootout.

With Austria ‘A’ among eight teams seeded through the first round, it was left to the B team to fly the flag on the feature table. However, they were up against a USA team in no mood to be gracious to their hosts. April Larson set the tone for a defiant victory, defeated Lina Primus 4-0.

The momentum was carried into the second set by Tyler Styer, who defeated Daniel Guttenberger 4-1. Guttenberger’s rack was the only one won by Austria, however, as Joey Tate teamed up with Larson to send Austria B to the losers’ side of the brackets, winning the set 4-0 against Primus and Max Lechner. That sets up a mouth-watering clash between Great Britain (Jayson Shaw, Darren Appleton and Kelly Fisher) and USA tomorrow evening.

Japan (Yuki Hiraguchi, Masato Yoshioka & Tatsu Kuribayashi) won a thrilling encounter against Serbia (Bojana Sarac, Aleksa Pecelj & Andreja Klasovic). Japan took the first two sets by close scorelines of 4-3 for Hiraguchi over Sarac and 4-2 for Yoshioka over Pecelj. Serbia fought back strongly as Sarac and Klasovic won from hill-hill in mixed doubles against Hiraguchi and Kuribayashi but Yoshioka took his team into the next round with an emphatic 4-0 win against Pecelj.

Canada won the first shootout of the event to advance at the expense of Costa Rica, and a short while later Switzerland also advanced by shootout, sending Finland to the losers’ side.

The draw and brackets for the Predator World Women’s 10-Ball Championship can be seen here: https://probilliardseries.com/event/1677/. Play continues at 9am on Wednesday.

The draw and brackets for the Predator World Teams Championship is at https://probilliardseries.com/event/1678/. Play continues 4pm on Wednesday.

The event is broadcasting two tables with full live coverage and commentary every day. One will be available on the World Billiard TV YouTube Channel and another will be at watchbilliard.tv. All tables can be viewed live at Kozoom.com. 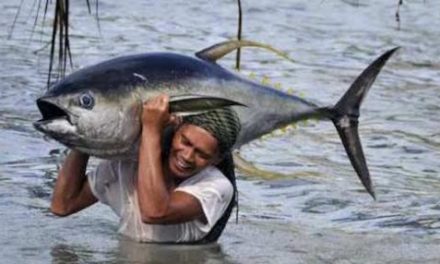 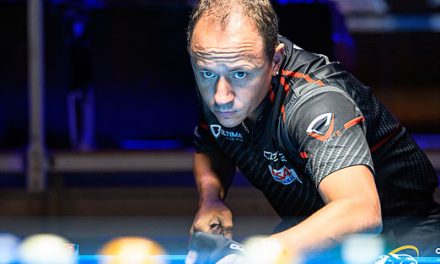 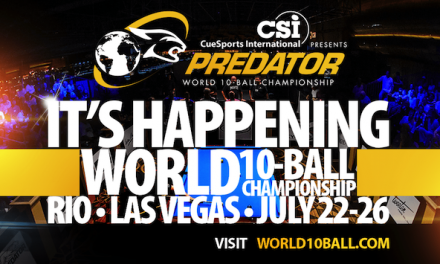 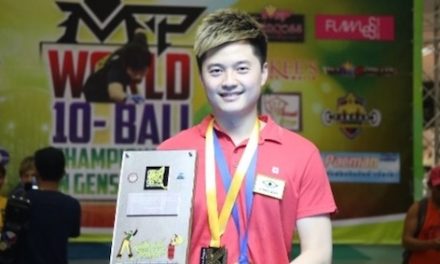