DEAL WITH IT, AND YOU BECOME KING

(Doha, Qatar)–On the eve of the 24th running of the World 9-ball Championship, the hot discussion of pool fans around the globe is about  who among the 128 best players in the world gathered here in Doha will emerge with the sport’s most coveted crown come Friday night September 18.

It is, of course, a near impossible task to settle on one or two or even three players, what with so much amazing talent from over 40 countries doing battle, along with the other key factors inherent in 9-ball like luck, fate and that old intangible, the roll of the balls. But that doesn’t stop the bar room repartee, hotel lobby banter and internet chatter from running rampant.

Finland’s Mika Immonen is showing incredible form again. Can the Finn win his second 9-ball championship? Will a player from China finally bring gold back to the world’s most populous country? Perhaps Taiwan’s Ko Pin Yi can snap off the 9-ball after winning the 10-ball title earlier this year. Can the USA’s Shane Van Boening finally lift the one crown that has eluded him? And with so many amazingly talented Filipinos in the field, perhaps it’s time a Pinoy became king after a five year drought.

So while you can’t realistically pick a winner, you can get an idea. In order to get a clearer picture of just who might take the whole enchilada, you have to start with the cold hard facts. While we are sure to see plenty of shocking upsets, unknowns staking their claim, greats of the game crashing out under crushing pressure, we can pretty much assume that, realistically, only 20 to 25 players have a chance of making it to the winners’ circle on Friday.

That may seem like a harsh assessment, but pool can be cruel. For sure probably over 50 players have a chance to make a serious run at the late rounds. But at that point, no matter the conditions of the table, the parity of the talent, there is one key factor in 9-ball that always, always separates the men from the boys in this sport; pressure. While there are many superb players, and a fair amount of great players, not everyone can handle the crushing pressure that is unique to championship pool.

One player who knows about pressure, and about winning while under duress, is Finland’s Mika Immonen. The Finn won the World 9-ball Championship in 2001. Since then he has won two US Open’s, the World 10-ball title, played in countless Mosconi Cups and played his way into the BCA Hall of Fame.

Relaxing in the lobby of the Holiday Villa Hotel Friday night in Doha, Immonen talked about what it takes to overcome the doubts and fears that stalk even the best pool players as they get closer to the crown late in the tournament.

“In 2001 when I was getting closer to the semis and finals I was just trying not to think about winning,” Immonen said. “I told myself just play the game, trust your ability and preparation and your mental strength.

“It was different when I won the World 10-ball. I remember feeling like I was destined to win. I had had a lot of experiences up until that point. That was when I was on that crazy streak where I won like 6 majors in two years. But even then when I was playing great, I always told myself to just play good and be humble.

“When the pressure is on you have to embrace the situation, the pressure. It doesn’t hurt to feel that you are destined. That’s a positive emotion for sure. But your opponent might also be feeling that he is destined to win. So you just have to stay focused on your game and not get down on yourself.”

Immonen said one of biggest downfalls of most pool players, even the greats, in pressure situations is either dwelling on past mistakes, or building yourself up over past successes.

“But for me when your heart is pounding out there, you know you’re doing something right. Then you’re in the moment and you’re in the battle for the world championship. That’s where I want to be.”

So while fans around the world may not agree on who will emerge victorious in this year’s World 9-ball Championship, they can get a good idea of who will be lurking about late by paying attention to that one intangible that always ends up telling the story. Who has the bottle to put himself in the moment, stay focused and not cave in? Who can stare crushing pressure in the face and emerge victorious? Who will rise above it all and take his place in the pantheon of pool greats?

The players will be broken up into 16 groups of 8 playing a race-to-9, alternate break, double elimination format.  Four players from each group will make up the final 64, which marks the start of the always tense and dramatic single elimination phase of the tournament.  Matches will then become race to 11, alternate break. The final, which takes place on September 18, will be a race to 13. 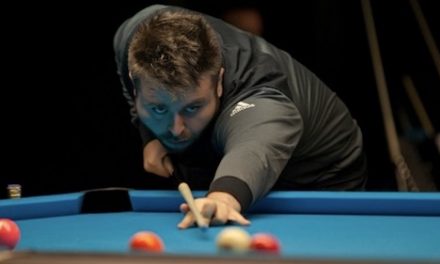 POOL’S BEST GET READY TO RUN THE GAUNTLET 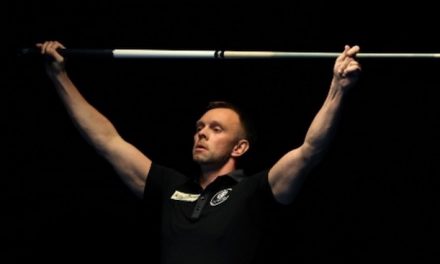 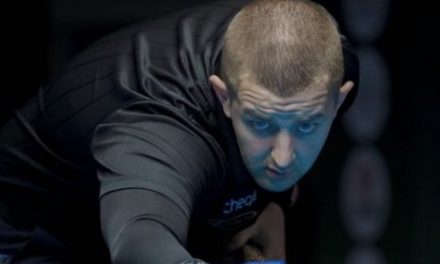 SHAW, SHANE GO ON THE OFFENSIVE