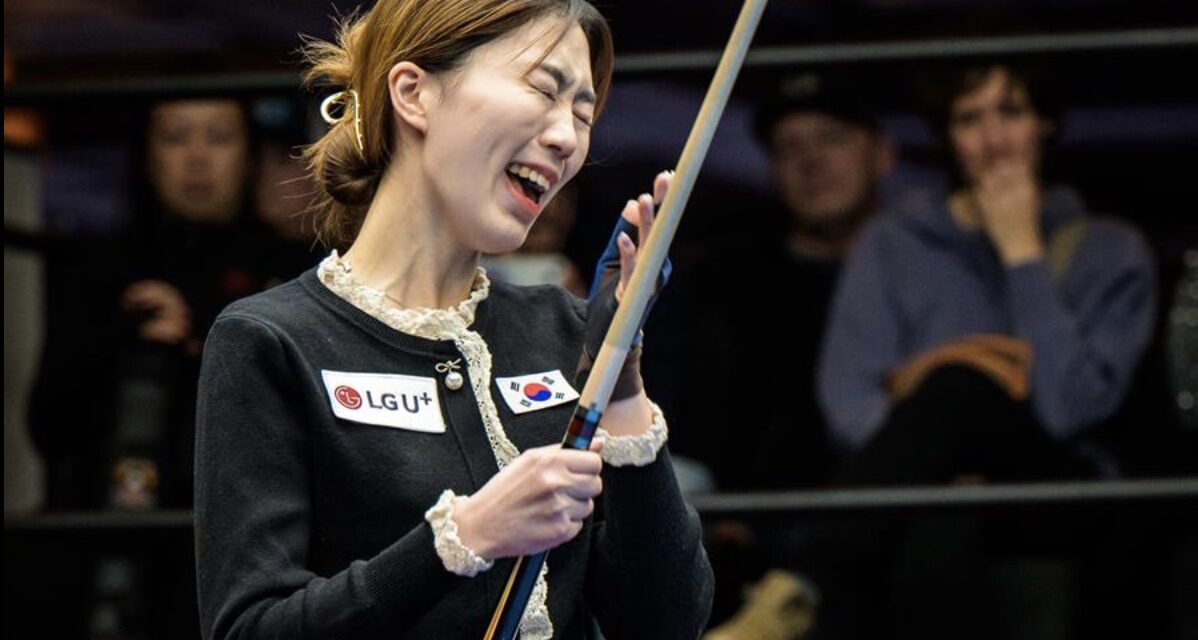 A Billiard Congress of America Hall of Famer with the last name of “Fisher” will be competing on the final day of the Kamui WPA World Women’s 9-Ball Championship but it isn’t the player most people were expecting.

Kelly Fisher’s four-year reign as defending champion came to an end in the most frustrating of ways, missing a pair of shots down the stretch after building a late lead to fall 9-8 to Seo Seoa of South Korea in the quarterfinals of the championships Saturday night at Harrah’s Hotel and Casino in Atlantic City.

After Fisher fought her way to a 9-4 victory in the round-of-16 against Melanie Sussenguth of Germany, she found herself trailing to Seoa throughout the first half of the match until she used a jump shot to clear the table and cut the lead to 6-5 then pocketed the 9 ball on the break to tie the match. Fisher had the opportunity to take lead in the next rack but scratched in the corner pocket, allowing Seoa to briefly regain the lead until she scratched on the break in the subsequent rack.

After Fisher climbed onto the hill with a victorious safety exchange in the 15th game, she appeared to be in position to clear the table and close out the set but missed a makeable 5 ball. Seoa used a combination shot on the 9 ball to tie the match and appeared to be in control of the deciding rack before she missed a makeable 8 ball in the corner pocket. Fisher banked in the object ball but then missed the winning 9 ball, allowing Seoa to pocket the ball after the two traded missed shots.

As Kelly Fisher was being eliminated, fellow Hall of Famer Allison Fisher was turning back the clock a bit, defeating Chezka Centeno, 9-7, in the quarterfinals. Fisher jumped out to an early lead and maintained the momentum, carrying an 8-5 advantage until the Filipino tacked on a couple of games to close the gap to 8-7. Centeno had another opportunity in the 16h game after Fisher played a safety but she failed to contact the 2 ball with her kick shot, giving her opponent ball-in-hand and a pathway to close out the match.

“I can’t even believe it. It was a dream,” said Fisher of her win. “I dogged a couple of balls at the end there and I got really fortunate,”

Fisher’s opponent will be Kristina Tkach, who erased a two-game deficit down the stretch to defeat Jasmin Ouschan in the round-of-16 then gutted out a 9-7 win over Chihiro Kawahara in the quarterfinals.
Ouschan built an early 4-1 lead and had a chance to increase her lead further but missed the 2 ball. The Russian replied, winning the next three games to tie the score before missing a cut shot on the 1 ball. The Austrian returned serve by winning four of the next six racks to take an 8-6 lead and climb within one shot of the win. Ouschan, who has twice finished second the event, appeared to be in position to clear the table in the 15th game but missed a 3 ball in the corner pocket and gave her opponent new life.

“To be honest, I thought I was done,” said Tkach. “She gave me another chance and I thought ‘well, I will just go with the flow.’”

Facing Kawahara in the quarterfinals, She built an early 4-1 lead but got uncomfortable in the chilly tournament room and watched the lead disintegrate. The two competitors traded racks until Tkach took an 8-7 lead when her opponent scratched on the break. The young Russian appeared to be positioned to run out the rack in the 16th game until she mishit her shot on the 4 ball and suddenly found her path to the 5 ball blocked by the 6 ball. She pulled out her jump cue and methodically slammed the ball in, then finished off the rack to close out the match.

Play resumes Sunday morning at 10 a.m. local time with Chou facing Seoa in the first semifinal and Fisher taking on Tkach in the second match of the day. The finals are scheduled for 4 p.m. Coverage of the event is available on the CueSports International YouTube channel as well as on Billiard TV, which is available on Roku and other streaming devices.

Follow all feature table matches LIVE @worldbilliardtv on YouTube, or on Billiard TV available on every Smart TVs worldwide

Watch any match, all tables, all week, on Kozoom: tv.kozoom.com 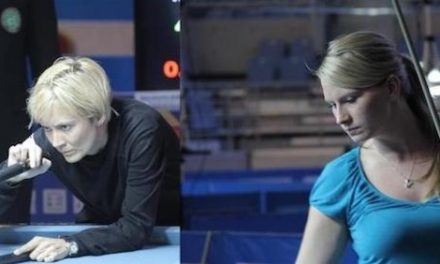 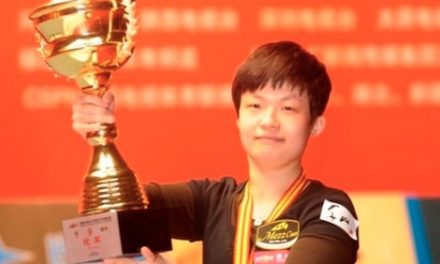 BI-G THING IN A SMALL PACKAGE 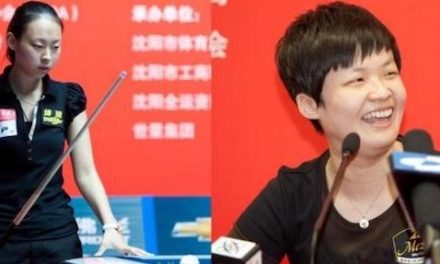 THE PRODIGY VS. THE UPSTART 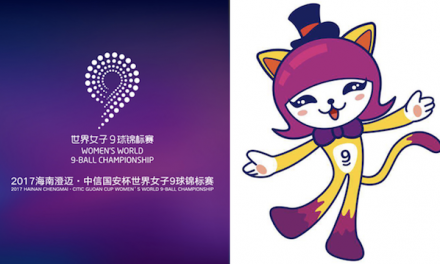