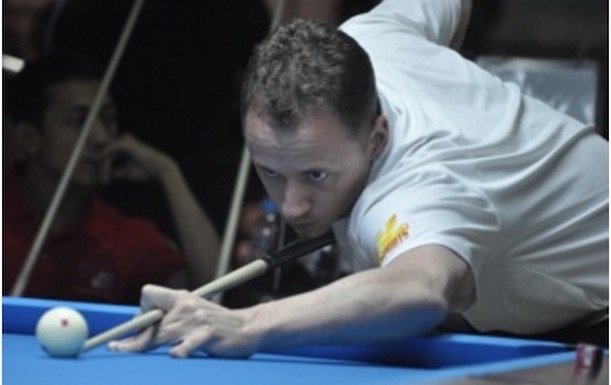 Their exits came earlier than expected.

Fisher and Van Boening suffered their second straight loss in the tournament in as many games, thus eliminating them in this World Pool-Billiard Association-sanctioned event.

Fisher, better known as “The Duchess of Doom” in the international pool circuit, got the boot from a virtually unknown and young opponent Marika Poikkijoki of Finland, 9-7.

The crushing blow was dealt by Yoni Rachmanto of Indonesia, who pulled off a tense 9-7 win in their loser’s bracket match.

Van Boening’s loss highlighted another day of upsets in this tournament that is also supported by the Billiards & Snooker Congress of the Philippines.

Alcano, a double world champion, dropped to a 7-9 setback at the hands of Hwang Yong of Korea.

Manalo was beaten by countryman Jundel Mazon, who pulled off a 9-4 triumph in a pair of matches on the winner’s side of the bracket.

“I was asking for a timeout because I really need to go to the comfort room, but the new rule prevents players from having one,” said Alcano. “What if something might happen to me? ”

Under the new rule, players will only get a mandatory break at the halfway mark of the match or after the ninth rack.

Alcano got his wish for a much-needed break after the ninth rack and he was trailing, 6-3.

Mazon, one of the 10 players who made it to the main draw via the qualifying stage, continued his surge in this event to advance to the Round-of-32.

“I feel comfortable with my shots as I’m making good breaks on the ball,” said Mazon, who won one the Guinness World Series of Pool last year.

Roberto Gomez of the Philippines also got the door earlier than expected. The former World Pool Championship runner-up, was eliminated by Demosthenes Pulpul, 9-3.

Perhaps, the biggest upset of the day happened in the women’s side when reigning World Women’s 9-Ball champion Fu Fang-Xiao lost to compatriot Han Yu, 7-9.

Orcullo had to shake off another slow start and needed a late charge to pull off a 9-7 win over Overseas Filipino Worker Allan Cuartero.

Orcullo trailed at 5-3, but worked his way back into the contest and leveled the score at 5-all.

Cuartero took the driver’s seat anew when he pounced on Orcullo’s miscalculated shot on the 6-ball in the 11th rack.

In the next rack, it was Orcullo’s turn to take advantage of a dry break by Cuartero to level the score at 6-all. He then swept the next two racks to move to the hill.

Orcullo pocketed 9-ball off the breakin the 15th rqck, and was poised to finish the match, when he missed on a corner pocket try on the 3-ball.

Cuartero nailed a tough jump shot on No.3, but couldn’t get good position on the next ball, thus forcing him to make a safety shot. A foul committed by Orcullo enabled the Kuwait-based player to take the rack and trail 8-7.

The 16th rack turned out to be a battle of safety shots and Orcullo got the better of it.

The former world No. 1 player was able to free up the 1-ball and he then ran out up table for the win.

“We’ve faced each other several times even before he decided to work as a house pro in Kuwait. I had to make adjustments in my game because it’s different playing on the TV table. The temperature there is different compared to playing on the regular tables,” said Orcullo.

Orcullo will next face a familiar and more dangerous opponent –Souquet, who beat Bashar Hussain, 9-4, in another Day Two match. The winner between Orcullo and Souquet will enter the Round-of-16.

The Filipino champion will rekindle his rivalry with the German ace, whom he has beaten several times, as in the Predator Ten Ball championship in 2009. 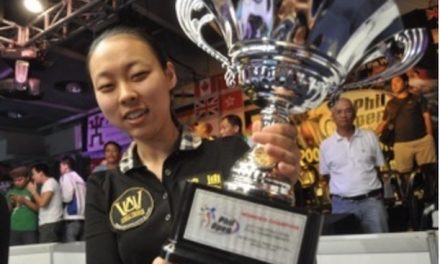 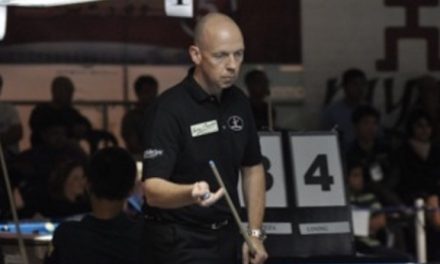 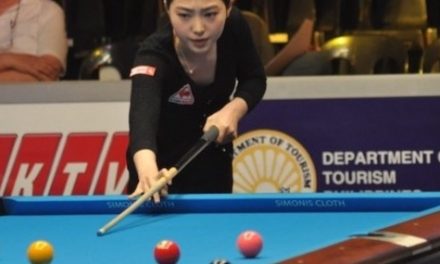